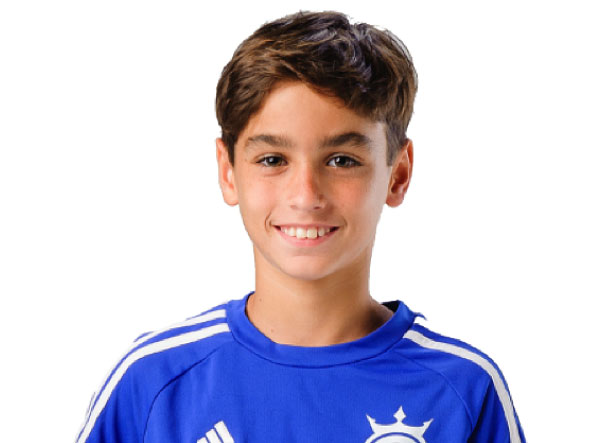 Nine year old Thomas affectionately known as Tom, grew up playing football at a very young age with his older brothers who all play football. His learning ground was the front yard where football was the game of choice everyday. Even on days when there was no one to play with, Thomas still continued to hone his skill. Even now, he continues to practice everyday. As Thomas grew older, he started playing at the park with boys older than him, and despite the age gap, his skill was so great and recognizable, he was always included in the games.

His talent did not go unnoticed by friends and observers and this resulted in his parents seeking a professional opinion on his ability. In December 2015, at age 8, Thomas was offered his first shot, at UE Cornella a semi pro club in Barcelona, Spain where he trained for one week. At the end of this training, he received a very impressive assessment and returned home to his club to continue regular training. In 2016, visiting coaches once again identified his talent, and in 2017 he was invited to a week’s training program with the U10 group at Sparta Rotterdam in the Netherlands, a pro club that competes in the Dutch pro league. He was rated by the coach there as being in the top 6 out of the group of 20 elite players.

At a recently concluded clinic this year, he was once again identified by visiting coaches for further training and observation abroad at 2 different clubs. Thomas’ success is built around a solid support structure from family and friends. His balance in school is key to his progress and he continues to motivate himself everyday to practice. Of course, his ultimate ambition is to be a professional footballer.

At just nine years old, Rayden Rampersad has made great…

Eleven year old Zameer Paul Ramoutar surely does have a…